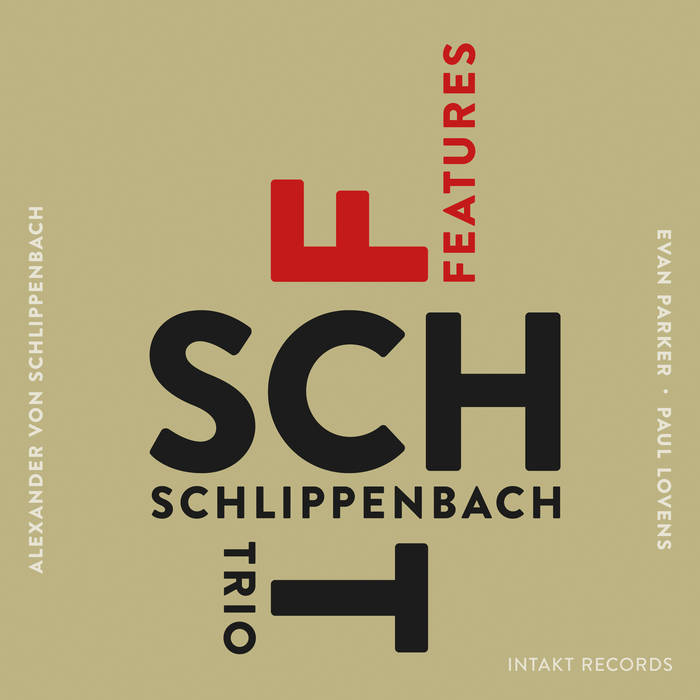 ﻿Features – characteristics, qualities, peculiarities. The title of this album was chosen with care. These recordings reveal both the fundamental nature and the diversity of this trio. Let's call it a 'preliminary résumé' then, or an 'interim report'. At any rate the range of musical expression the trio have achieved so far is demonstrated here – with poise, verve, maturity and wisdom.

What it features: a fully evolved language of sonic and rhythmic forms continually refined over the years in shared process of improvisation; its finest details are illuminated here.

The performers: three musicians who have worked together as a trio for around forty-five (!) years, constantly striving via the process of spontaneous playing to develop something which will be perceived as essential and important, possessing a 'valid' quality despite its transient existence.

The spectrum of the recordings ranges from furore to elegy. It extends from energetic, forward-thrusting pieces via cool, calm, ambling passages and ballad moods to submersion in sound, in silence.

The trio's magic chemistry is founded on years of working together, both on intuitive listening and interaction – the ability to respond in an instant – andon the match between their characters, each adding to the whole as well as challenging each other – a stroke of fortune. Alexander von Schlippenbach likes to talk about the 'impetus of music making'. Impetus means drive, initiative, force, momentum, temperament. Three 'travelling fellows' on a Winterreise. The motto is: never stay still, keep refining the music, working on the details, the current, the inner strength, so that the result is the greatest joy and clarity possible.